Lots of collectors have different opinions on Sunset cards.  Topps only, base cards, and others are all possibilities.  My take are for cards that follow the last year a player was in the majors and have Stats on the back.  Many players don't have a card with final stats on their Sunset cards.  All players that have played for 10 years are eligible for my binders.  I have an original sunset card of all Hof'ers from the 50's to the present with two exceptions, 53 Paige and 56 Jackie Robinson.  For those two players, I do have reprint cards.  The first player from the 50's 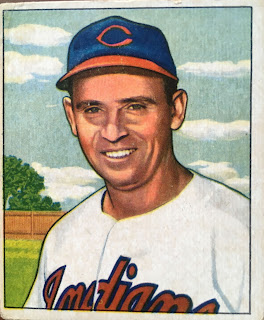 However, I broke one of my rules, no stats on the back. 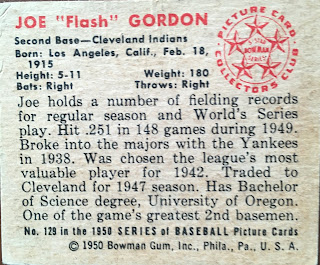 The next two players also don't have stats on the back. 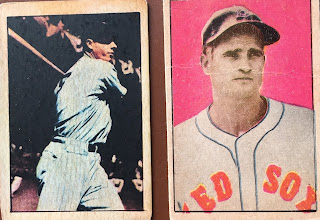 The first 50's player that has stats on the back is another non-Topps card.  Also in 1953 was Johnny Mize, the first player to have more than one Sunset card.   Johnny had both Topps and a Bowman card.  Mize did play in 1953 and his two cards do not have his final stats. 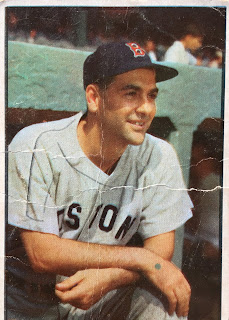 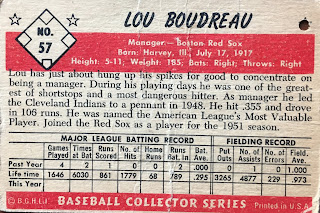 The final non-Topps Sunset Hof'er card from the 50's 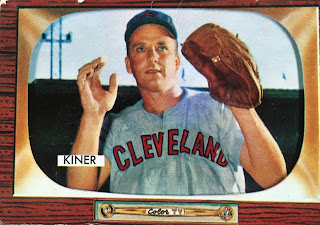 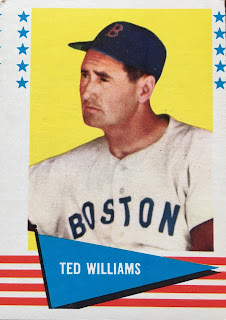 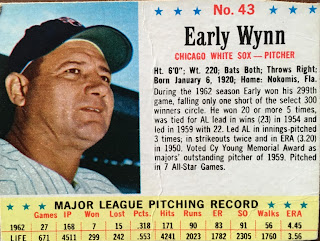 Other Hof'ers had multiple Sunset cards in the 60's, but the two above cards were the only non-Topps Sunset cards.  Early Wynn also had a 1963 Jell-O card.  More to follow. 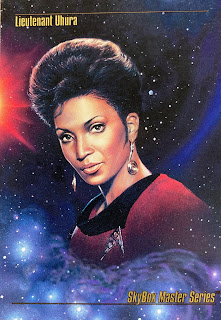